Help us keep students in school in Haiti by sponsoring a student.

$ 600 a year or $ 50 per month would: Pay a student school tuition for the entire year. Buy a student’s schoolbooks and school uniform through the 2019-2020 school year. Help Build a Clinic for 35K people in Dondon Haiti

Healthcare infrastructure in Haiti is almost non-existent. In Dondon, Haitian Vision Foundation is changing that. We are a collaboration of dedicated Americans and Haitians already providing care in Dondon.

HVF organizes 2 to 3 Mission Trips every year. Physicians, Nurses and lab Techs from USA, Dominican Republic and Haiti join in Dondon, Haiti to do Mobile clinic where we provide healthcare to underserved children and adults patients free of charge. Dr Flagg is an internist and rheumatologist currently practicing at the Cleveland Louis Stokes Veterans Administration Medical Center. He has participated in many of HVF missions. HVF organizes 2 to 3 Mission Trips every year. Physicians, Nurses and lab Techs from USA, Dominican Republic and Haiti join in Dondon, Haiti to do Mobile clinic where we provide healthcare to underserved children and adults patients free of charge. Our goal is to educate children and adolescents about dental hygiene principles to help them prevent dental decay and other periodontal diseases using community resources. 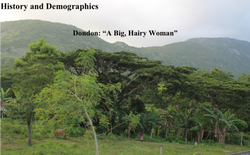 To the first French explorers who arrived in this area, the wooded hills looked like a big, hairy, overweight woman reclining on her back with her head towards the citadel, which in French is the word ” Dondon ”. The name remains to this day and now there are an estimated 20,522 Dondonnais (residents of Dondon) living in the city’s 121 square km with 35,000 people in the region. 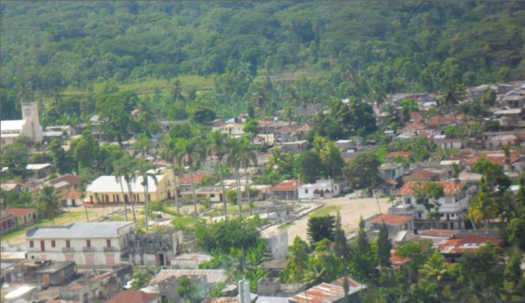 Education
In Haiti, access to education is extremely limited. Haiti is an impoverished country where most of the schools are private and the few public schools are very poor quality. Only the most affluent parents can afford a good education for their children. Dondon is no exception. Its education system consists of:
Click here to learn more about HVF’s scholarship program and schools
Recreation
Football (soccer) is widely played by young Dondonnais. A championship is usually organized during the summer holidays on the land located at Pont-des-Dames, just outside the National Road No. 3. Meanwhile, many ti Football (small football) championships are organized on smaller-scale land during the holidays by teams comprised of the many young people living and studying in the community as well as young Dondonnais who come back from school to spend the holidays in hometown. In summer 2015, Sundays afternoons were very animated during the Football matches played in an empty field located to the west of the public square.

Basketball has become more practical in recent years, and during the summer holidays a very popular championship is held in the landscaped courtyard gardens of the Saint-Charles Borromeo School. HVF plans to build a regulation basketball court that meets American NBA standards. We hope to be able to start this project within the next two years, because the Dondon community lacks a single a basketball court. 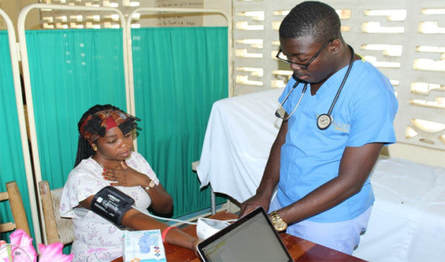 Health care
Similar to education, access to healthcare for Dondon’s 35,000 residents is extremely limited, and most people never visit a doctor. The Health Center of Dondon is the most important institution in the local health sector, yet only employs 1 general physician, 2 nurses, 3 nursing assistants, 4 health workers, and 5 support staff. The capacity is limited to 1 adult bed and 1 delivery room and jointly managed by the Charity Hospital of Pignon and Ministry of Public Health and Population (MSPP). Among the center’s most valuable contributions is providing technical guidance to midwives and local healers known as the “doctors of leaves.” Unfortunately, there are no facilities in the communal sections. For the majority of people in communal sections, accessibility to the center remains a major handicap.
In addition to the Health Center, there are only 2 small clinics in Dondon accessible to people in the communal sections: the St. Joseph Clinic and the Dispensary Henri Eugene. St. Joseph Clinic is run by the Catholic Church (Congregation of Saint. Joseph Sisters of Saint Valliers) where healthcare providers include a nurse and three nursing assistants trained on the job. St Joseph offers the following services: general consultation, family planning and a pharmacy that sells basic medicines, but are limited to serving a small number of the populace. Similarly, Dispensary Henri Eugene holds a private clinic and sells basic medicines.
​
With so few centers providing medical access, the HVF center has the opportunity to provide more care to the people who are in desperate need of preventative and emergency care. Also, with the medical team employed by HVF and connections to the medical industry in the United States, HVF will be able to provide top quality care to more members of the Dondon community and fully train Haitian citizens seeking to enter the medical field. As citizens are trained and certified, HVF’s medical center will be able to expand service to more people and generate local jobs. 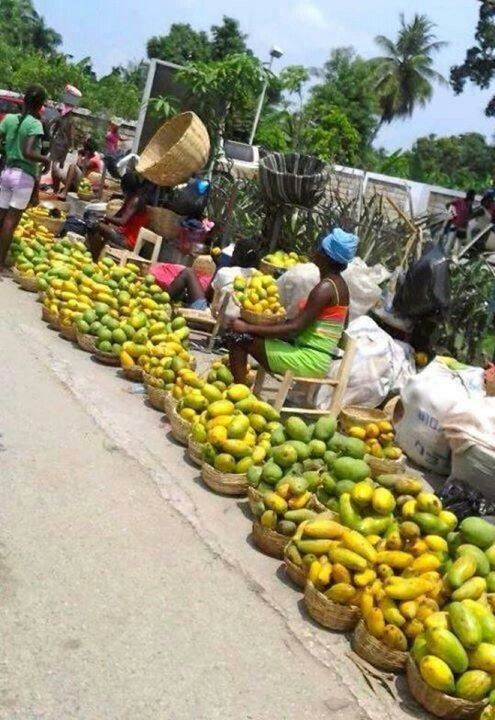 Economic Situation
Dondon’s economics is based mainly on trade in food commodities and agriculture. Trade remains the preferred activity of women while men market exportable commodities (coffee, cocoa, orange peels, etc.), and bring a range of products from the local market to other areas of Haiti. Depending on the product, the marketing channel varies. Agricultural products from Dondon are sold in Cap Haitien, Port-au-Prince, Plateau Central via St-Raphael, Marmelade, and St-Michel.

After agriculture, trade represents 78% of the most profitable activities. In Dondon, the main market days are Tuesday and Saturday. Dondon’s market is a regional market that is relatively privileged because of its easy access due to its strategic position to receive goods on the Grande Rivière du Nord, St. Raphael, Marmelade, St. Michel de Attalaye, Cap-Haitien and other neighboring markets, while supplying the Central Plateau and Port-au-Prince via the town of Saint-Raphael. Recently, a new municipal market was completed in 2007 with funding from FAES (Assistance Fund Economic and Social). Now with its administrative building, hangars, depots and parking, this market will expand on land measuring about half a Carreau (1.6 acre).
The remainder of Dondon’s economy is composed of numerous skilled craftsmen and small businesses. Among them are many independent tailors, carpenters, bricklayers, sawyers, milliners, blacksmiths, scrap dealers, tire repairers, cobblers, basket and hat makers, wood or rock carvers, etc. Other enterprises include bakeries, block factories, corn mills, coffee processing and refinement plants, fruit processing and manufacturing plants, and Clairin distilleries. There is even an ice plant being built next to Labbé, near the northern entrance of Dondon. However, like the rest of Haiti, these small businesses are only a source of additional income.
​
HVF’s Future Economic Impact
Considering the people of Dondon have an established interest in business and such a strong focus on agriculture and trade, there is ample opportunity for HVF to assist in expanding the economic market to include a larger portion of medicine, music, tailoring, education, and other forms of business. Through its existence, the HVF center will stimulate job creation that will open the door for business transactions extending beyond agriculture and food commodity trading. 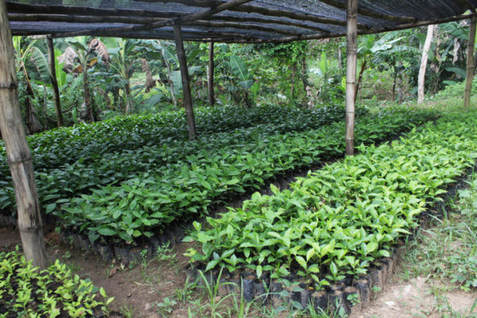 In Dondon, agriculture is the predominant business. Production mainly consists of food crops, specifically coffee, beans, peas, corn, figs, bananas, yams, vegetable crops and fruits. Coffee remains the first priority cash crop of the area with approximately 3,000 producers are members of the three coffee cooperatives who are active in processing and marketing coffee to European and American markets. Dondon is also known for continuing to cultivate some plants nearing extinction in Haiti such as parsnips, Jerusalem artichokes, and the Jambosier (Syzygium malaccense). Raising livestock is also an important economic activity. Livestock provide a stable income for farmers during the off season who most commonly raise poultry, goats and some rabbits. However, cattle are rare because they are expensive to raise. Likewise, very few horses are raised for transportation.
Additional Information
Electricity
Most Dondon residents do not have access to electricity, and those who do only receive power for a few hours each day. A small area in the center of Dondon is equipped with two diesel generators with a total output of 210 KW. It is managed by a group of citizens forming the COLECDON, supported by the municipality. When the system works, 500 subscribers registered in the network may enjoy three hours of electricity a day, but only at night. Located in the Brostage section, locality La Paix also has a generator managed by a committee with the local CASEC as head. 135 households are connected to this small network, which provides 2 hours of power per day during the evening. 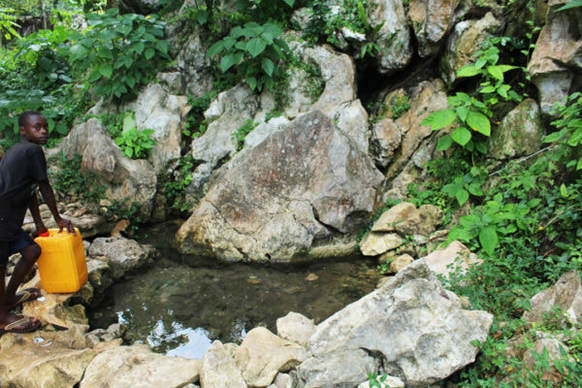 Potable water
Many sources of water exist in the region, thirty of which are captured, draining into large water pools and access points where most people will collect the water and carry back to their homes. Most homes do not have running water.  What there is of a drinking water supply system was laid in 1982 by the ODN (Northern Development Organization) and was repaired in 2002. It serves the main village, a set of houses in Leblanc and also a small part of Brostage. An administrative committee (CAEP) is managing it. The system includes public fountains and private lines for which subscribers pay a fee. 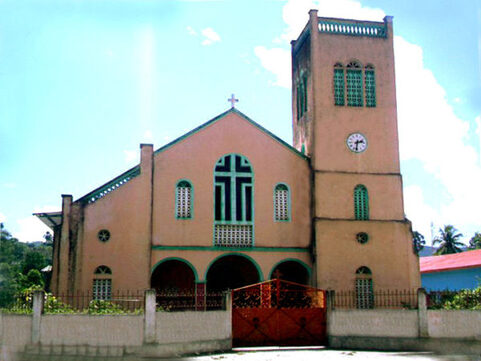 Religion
In Dondon, Vodou and Christianity are the dominant religions. As typically seen in Haiti, there are a large number of Vodou colonnades in Dondon. Nevertheless, Christianity also holds great importance as evidenced by the Catholic Parish of St. Martin of Dondon which was established in the 1700s, seven Catholic chapels, and 63 Protestant churches of various denominations such as, Batiste Dondon, one of the oldest churches which was founded on 1 May 1852.
Festivals and Celebrations
In Dondon, there are bands that perform during the carnival period as well as a theater group. Cultural events are mostly organized in association with the feast day Saint-Martin, celebrated on 11 November, and during the summer holidays by local youth and holiday groups staying at Dondon. Sainte-Agnès is also celebrated on the last Sunday of January in the section of the Haut du Trou. Our Lady of Perpetual Secours receives the same honor in Brostage on June 27 while in Bassin Caiman, they commemorate Mount Carmel on July 16th.